People have sex  for only four reasons and theses are related to physical reasons, emotional  reasons, goal based reasons, and insecurity reasons.

But today I am going to talk about the most unhealthy reason which is insecurity. Below I have listed the five common reasons why I believe people have sex  because of insecurity

Sex don’t mean shit
when you aren’t happy
But when we not happy
that’s when we feel
sex is most needed.
Sex just builds the affliction
Stretch the depression
Trick your mind
Into thinking
It’s repairing what broken.
Sex is deadly from the wrong
person .Its addicting to the point
your hypnotized.
Responsibilities are neglected, making poor choices
For those of you reading this
How many people did you regret having sex with?

Now I understand why sex before marriage is a sin

“ But if they cannot exercise self-control, they should marry. For it is better to marry than to burn with passion.”  – 1 Corinthians 7:9 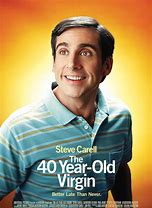 And if it did still existed, would it have been this popular?

But would there be any negatives if everybody waited until marriage to have sex?

Would life be boring? Would TV be as popular? Would music be as popular? Would women have less power in the world? Would divorce rate increase? Would sex be enjoyable or would it be like a chore? Would health teachers have a job and would health class become boring? Would condoms exist? If condoms didn’t exist because everybody waited until marriage to have sex is that really a good thing, give this question some deep thought? Would waiting until marriage to have sex  increase the infidelity  rate, think hard about this?

Comment below answer one of the questions in this blog and  I will respond regarding my opinion!

5 thoughts on “How Many People You Regret Having Sex With?”